Well the 2016 Ski
magazine buyers guide is out. Every year lots of skiers await the arrival
of this edition to get their winter stoke started. Many skiers also rely on this issue to
help decide what to buy. Over the years that mainly meant skis. Now they review
boots too. And in between all the gear reviews are the ads. There are ads from
all the major players. The review issues are to ski advertisers what the Super
Bowl is to beer company’s. Everything looks cool and inviting. So the products are beckoning to the consumers. We know what this means and it is somewhat important to us as a retail shop. We know that highly rated skis will sell well for just that reason. We typically
look through the issue as a group and scoff at what we consider the
inaccuracies. To our mind, they always seem to get some things right and some
things wrong. But we know that customers will not always ask for our opinion compared to the printed word. And why should they? Ski magazines help sell skis- period. They are one of the many influencers the consumer is exposed to. It is a fact of our lives.
This year I perused the issue by myself for a number of
visits before we all looked together. I probably read every review once and those of ski’s I know well a
number of times. I analyzed the comparison tables. I looked at all the ads. Here
are my thoughts- right, wrong, or indifferent, about this years issue.

First of all I would like to say that one ad stood
out from all the rest. Volkl? No. Marker? No. It turns out that Deer Valley is
the Budweiser Clydesdales of Ski Magazine marketing. I agree that Deer Valley
is magical, but the 36 page ad (yes 36 pages!) was more than I needed to send that home. Pointing out that Deer Valley was rated one of the top three ski
resorts in North America for the past 10 years in a row by the readers of SKI
Magazine (including five consecutive #1 awards),would do the trick don’t
you think? I will say that I enjoyed the ad though. It really made me feel the
experience of a ski vacation and got me thinking about how I love to ski and
that I would like to ski at Deer Valley some this year. The food, the lodging,
the grooming- all first class for sure. There is probably no more civilized
place to slide down hills on sticks than Deer Valley Utah!
Next up was the short but important Trends section.A few highlights:
-Lighter skis are hot. Yes light is definitely still a trend in skis. What
is light done right however? Too light can be a problem and weight has its
advantages. I agree with all this.
-Revenge of the nerds? Are bootfitters Nerds? We always thought bootfitters
were cool!
-Best in test winners by brand. We agree that
blizzard deserves to be on top overall. We have carried them for years and know their excellence. Volkl and Rossi are both traditionally
strong as well. They are deserving of the next two spots.We actually added both brands this season with their best
scoring models in this test being the main reasons why. We came to the same conclusions during our own testing. Actually Volkl had the top scoreing models in the issue
based on points for both Men and Women. We are carrying those two skis (and
those two skis only) from Volkl this year. 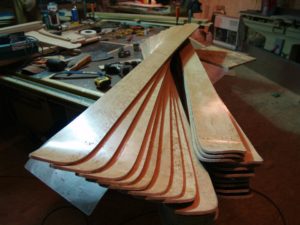 Next came the ski test results by category. Skis are
tested by test skiers and given “report cards” of a sort. Scores are
compiled and averages  given. Results are
based on scores and a written review of the skis is provided talking about the
skis character and feel. You know- basic ski reviews. Overall the writing is
good. This year the reviews seemed to be pretty accurate to me.
There are things I have a problem with however. I
must state that I feel (once again) that both Head and especially Fischer were
under rated or simply did not send skis (or the right skis?) to the test. Our
shop test scores follow along with ski magazines on many models but those two
brands are glaringly absent. I am simply at a loss as to why these two brands
seem to fail at winning gold medals with Ski Magazine. On the other hand, it
was great to finally see Stockli really participate in the test. Surprisingly they
did not seem to enter the Stormrider 95 which we think is a fantastic ski.
Overall though this year’s scoring  seemed to be lined up pretty well with our testing
impressions and scores. Better than most years results from Ski Magazine do.
Why do our results vary from the test? The magazine testers
are certainly qualified for these tests if skiing excellence is the criteria.
However most of our customers are not level 10 skiers and we feel they may find
they get different outcomes. We still feel that  Realskiers.com
(which we contribute to) is the most accurate testing and reviews for
consumers. Like our staff, the testers have a broader range of experience and
skill. We think this mirrors our customer base more closely.  I would also
guess that we are simply a bit partial to our brands and have a bit of
unintentional bias? Who knows, as we all do the best we can.

Things in the ski test that made me smile:
Four out of five stockli models tested win
“stability at speed” in their category. Most of them by A LOT.
The fifth gets second place.  We have known this for years. Nice to
find others getting a chance to experience the Swiss Ski that we love here so
much. They are not for everyone…but you know who you are!
Head women’s skis have been embraced by the
magazines female testers. While I just noted that both Head and Fischer did not
show as well as expected in the men’s categories, at least Head did well on the
ladies side. While we loved the older head women’s skis, this new direction is
certainly exciting for us. We are glad the magazine thinks so too.
Boot tests- 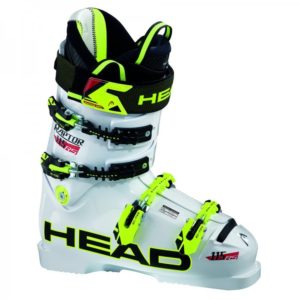 We think it is hard to test boots. The criteria has
to be based on performance with some fit notes thrown in. Since as bootfitters
we know that “comfort is king” to about 98% of our customers, we
don’t focus on performance as much as on fit issues when choosing our lineup of
boot models. That being said we were happy to see that the top two performing boots
in men’s technical models are ones we chose as well. The top performance boot
was the Head Raptor 140 which is a staff favorite. The magazine quote about the
boot was even from our own Eric Kipp who was one of the boot testers. Eric
said “…quick, stiff, precise, with an amazing feel for the
snow…”  How fun for Eric to be
recognized for his thoughts in a big review like this!
The Fischer vacuum boots also got a mention about
how “the stance is awesome”. This is important, because it is awesome
for everyone due to the molding. And the molding is why it is awesome. Other
boots do not do this. Other boots are set in their angles to factory settings.
There is a small amount of cuff adjustment on most boots but it is difficult to
get a boot aligned perfectly without paying for a lot of labor. The Vacuum
models becomes correctly aligned for whomever they are fit to (provided the
fitter is well trained). It is a magic feeling when you are aligned perfectly.
We feel this makes more difference than any other boot feature. Great skiers
spend hundreds of dollars extra to get aligned well in their boots. Vacuum
models do it for free.
One thing the boot tests are disappointing on is the
seeming bias against 3 piece construction. Dalbello Krypton models were absent
entirely. We feel they ski great and offer comfort that is first rate. If the
testers all had free ride backgrounds instead of carving and race backgrounds,
we think it would be different. Maybe it’s just us?
On an interesting tangent, the Dale boot from Salt
Lake City was tested and highly reviewed. We have sold these custom built boots
for about ten years now (I love my personal pair). We agree with their
assessment of the boot and would like to point out that the Dale is basically a
three piece boot too!
Overall it is good to see boots reviewed. Boot
reviews are tough. That is why they have just started doing them in a rigorous
fashion the last few years. The folks from Masterfit University are definitely the best crowd to take on this task. We felt it was important to have has a tester there.
Eric got the call because he is the right size and shape to test a lot of
different boots. I think it was a value to the shop and Eric felt that he
learned a lot. He got the scoop on the testing protocol, and skied more boots
over four days than he had in his whole life. One take away of Eric’s is that
he needs to spend as much time necessary to get himself in a legitimate World
Cup race boot. After feeling the power they posses he has decided he needs to
go there for himself. I found that to be an interesting and telling take away!